Memories Are Made of This III

A Poignant Voice From the Grave.

Our last two posts have dealt with memories and their potential value to readers. As those memories and histories take on the patina of time, they become more and more valuable and haunting.In this last of the series, let’s allow a young man of 17 – Hyman Cohen – to speak for himself. He died in 1918, in the foul trenches of the First World War. His writings evoke the character of a young man who would otherwise be utterly lost to us, whose full character was never to flower. His parents were so broken hearted that they never accepted his death. Now, a hundred years later, his words come through to us from the penciled pages of his original army diary. He was my grandmother’s much loved younger brother.

We see that the routine details of life waiting for call up to the Front are modest. In August, three months before the war’s end, his last entry speaks simply, “we are ready, waiting for the summons now.” Turn over to a blank page, a silenced voice, and a family that never recovered. 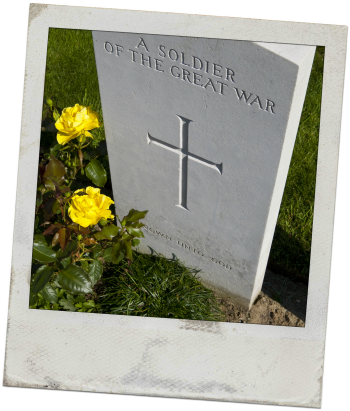 Memories are the stuff of our lives. Never imagine that yours are not of value.

Snow falls heavily. Walked to Aerodrome and then had breakfast. After same stayed in buzzer room. I passed away time reading. Went out of bunk and had milk etc at Gaby’s. Came back at 9:30. Got cap, uniform and overcoat from stores and put on same. Also adjusted wounded strip for first time. In afternoon took some Transocean Press til tea time. Had meal and then proceeded to billets. Stayed there for a while and then went out for supper consisting of eggs and chips, coffee and bread. Came back at 8 and spent time conversing round fire. Read book for some time and made bed up. Read in bed for some time until lights out.

Came down for breakfast early and went on parade. After this was detailed for German prisoners watch duty in shed #12. Got revolver and belt and then went to perform duty. Stayed watching prisoners working until 12:10 and then marched them up for dinner. Again took charge of them at 1:30 and then stayed with them til 4:00 and then marched them off duty. Raining very heavily indeed. Had tea and then prepared for going to billets. Arrived at Billets soaked to the skin and had to immediately undress and tried to get clothes dry.

Wednesday 16 January 1918
Woke up at quarter to seven. No parade owing to very heavy rainfall. Had breakfast and then went in to buzzer hut. Stopped by fire and tried to dry clothes. Had no work during the day. In the afternoon again stayed by fire conversing with some of the boys. Went down to billets at 5:30. After tea and from there went in to farmhouse for chips and eggs. Visited canteen after finishing same and then came back in to room. Read book for while and then played pontoon. Finished playing at 9:00 and made bed. Had shave and wash up and then went into bed. Lights out at 9:30.

Again raining. Came down for breakfast but was late for same. Had breakfast after parade. Came up to buzzer room and wrote seven letters. Finished just before dinner. Went in for dinner at 12:15. Did not attend parade in afternoon owing to rain falling heavily. Started writing letters again in the afternoon. At nighttime went and got a bed from Sqts Chateau and then went in to farm for supper. Had same and went straight into cinema. Excellent program and very interesting throughout. Had letter from Dave saying job through so clear in the Debors. New draft comes in to billets. Made room for them in rooms.

Finished breakfast at 7:30 and went in to buzzer room. Did little job in the morning and then went to Estaminent for some for some beer and bread. After same went down to dry out and stopped there til dinner time. Had afternoon off and went into town. Strolled about for a short time and also had photos taken in rue de Calais. Then went into BLT and had chat with other chaps. Had tea and I came back to billets. Got ready blankets to take to aerodrome so had to guard in case of air raid. Slept in buzzer room made nice fire and sat around it til 12 oclock and then tucked in.

Do you have recorded memories you’d like to treasure? Consider Winghill’s Memoir Writing Course!